Milena Vergara is a member of the team of The Swiss Institute of Alternative Thinking as a research assistant. A Swedish national having a rich and diverse cultural background reaching to South America and New Zeeland, and having lived in Stockholm, Dubai, Istanbul, Moscow, Berlin, Bucharest, The Hague and Milan, she brings a particularly valuable poly-cultural approach in all her research work.

She has experience in project development and public relations. Being able to see the potential from their conceptual stages, Milena has been in charge of launching projects from inception and helping NGOs enter into new partnerships and campaigns. As someone who works closely with organisation founders, Milena immerses herself with the team in order to understand an organisation’s identity and purpose and she reflects their voice in all projects through her skills in positive communication.

Throughout her international trajectory, her curiosity, tenacity and drive have made her someone looking for continuous improvement and opportunities for growth. Combined with open-mindedness and attentiveness, she continually finds new ways to integrate seemingly different concepts into new ventures, bringing different people and fields together. She uses her understanding of cultural pluralism as a thinking tool to approach problem solving from an array of cultural lenses. Milena brings diversity of thought and interpretations to discussions, stemming from her own experience, interests and readings; she approaches problems and philosophical dilemmas from multiple mindsets, making her a flexible and adventurous learner in life.

Milena’s experience largely stems from having worked with multiple sized NGOs across Europe, Asia and the Middle East on a range of humanitarian projects where Milena has often assumed several roles from team leader, brand strategist to brand ambassador. In her work with the United Nations initiative GirlUp she has introduced and handled partnerships with embassies, other NGOs and charities such as The Princess Margareta of Romania foundation which have served to create workshops on human trafficking, gender equality and policy reform. Milena is also the co-founder and writer of The Calypso Journal, another United Nations initiative promoting young voices in Romania. Milena’s education on ‘Personal Branding Strategy for Social Media’ and understanding of media communication led to her handling social media accounts for the UN initiative, engaging and interacting with 52,000 followers, to promote articles and events to create a trustworthy relationship between the NGO and users which resulted to the publication of the book ‘Wherever, Whenever, Whomever’’, which was read in front of the Romanian parliament to create a conversation around policy changes against gender-based violence.

Milena has also been in charge of remodelling the donation program and rebranding of North Point NGO where she independently led fundraising, promotion and the team of volunteers in order to redefine the public and donors relationship with charities into a more personalised and constant interaction. With the 2022 Covid-19 pandemic, Milena’s successfully continued the collaborative programs by finding alternative online solutions to carry out projects and keep disadvantaged communities in close-contact. Milena believes in leading by example; one of the driving forces that made her establish her own social enterprise promoting South American cultural heritage in 2011, and brought the business with her to Russia, Germany and Romania, gaining the attention of First Ladies, television programs and the Romanian Royal family. This initiative gave her first-hand experience in training culturally-diverse teams, promotion and selling in different languages, inventory management both locally and abroad and coming in direct contact with the sourcing of materials and labour conditions.

Because of Milena’s experience in professional and personal environments across continents she has gained a deep understanding of unspoken cultural codes, mindsets and thinking patterns, which she has used in her work with BGRS as a Cultural Business Consultant for intercultural programs for top executive’s international relocations. Being a student of Business, International Relations and Politics at The Hague University she has conducted extensive research on the effects of cross-cultural relocations and her academic paper ’An analysis of how former Third- Culture- Kids (TCKs) are more likely to possess the qualities sought after by workplaces for managerial and other executive roles’’ explores how TCK’s hybrid identities & cultural mindset agility are skills in demand in the fourth Industrial Revolution.

Milena’s diplomatic and adaptive approaches to problem-solving also led to her gaining an insight with the hospitality industry with her time at the Hilton, shadowing the general manager and involved in across departments such as Sales & Marketing, Front Office and Food & Beverages where she has gained insight in to day-to-day operations, prospecting & telemarketing, selling and implementation of packages for exclusive events and conferences as well as Hosting VIP members. The culmination of these diverse roles and industries, where Milena has had to adapt in fast-paced and changing environments, have made her a natural problem-solver, able to steer projects and teams into the a focused direction to achieve goals, while simultaneously being receptive to seemingly unrelated fields and projects and adopting their strengths to grow current projects. 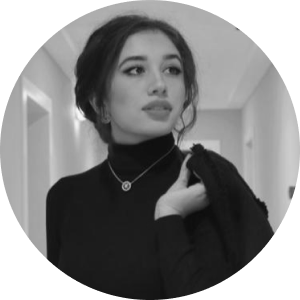 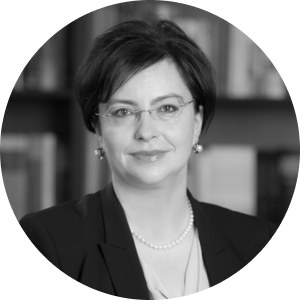 We develop personalised programs for individuals and organisations, to provide specific alternative thinking tools for dealing with the change and transformation needed in specific in the nowadays continuously challenging social, economic, and technological environment. We are providing follow-up support to our clients, to ensure the continuous adaptability and long-term sustainability of the solution-finding process thus generated.